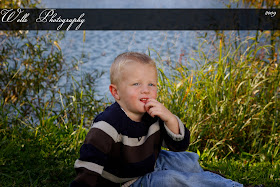 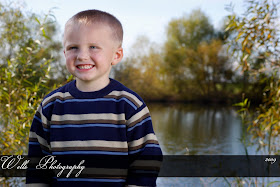 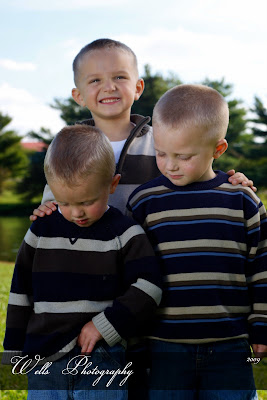 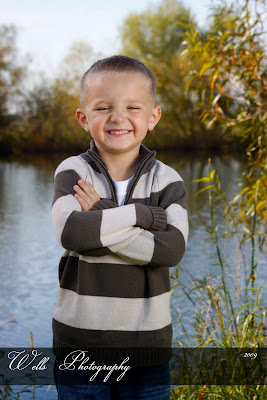 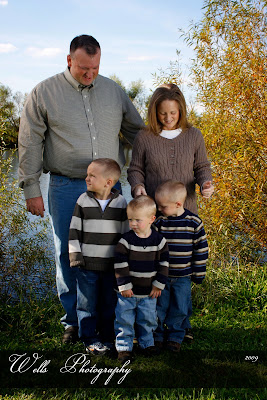 This past Sunday, we had the privilege of sharing family time with our friends, Crystal and Kevin and their boys, Logan, Nathan, and Lucas. Ben, my brother-in-law, came along to help. We went up in the late afternoon of a gorgeous October day. The sun was shining, there was a slight breeze, and everyone was in a good mood.
Things started off kind of uneasy. I don't think that they boys had a clue how to feel about three strangers coming to their house and then dragging them off to a park where the closest the got to playing on the playground was watching the other kids on the swings. Nor do I believe they were fond of the huge reflector Ben was forced to carry around and hold above his head most of the afternoon. And nor was he, come to think of it. But as it's been said, no pain, no gain.
However, we had a great time after I asked Nathan about a friend of his, Taco. Things lightened up and it was gravy from there on out. We had four stops. The first and second included water (which apparently parents have to worry about young boys choosing to take the plunge...repeatedly...odd...). This made things interesting and exciting. Photographs were abundant. To say the least.
The third location was a Japanese rock garden. And surprisingly,add boys and rocks together and you get splashes in ponds. You also get parents who feel the sudden urge to exercise as they chase the young ones around and around.
At this point in the shoot, I remembered that I had intended to bring Halloween candy to use as bribes. And surprisingly (at the present moment at least), it still seemed like a good idea. I mentioned this to Bethany later, after we had left. She said that was a bad train of thought and to lose it as soon as I could. I doubted her so I preceded to ask Crystal about it the next day at work. She laughed and said she would have killed me. Excellent, my intellect failed me.
The fourth and final location was at Evan's Orchard and Pumpkin Patch (with cider too!). The kids were adorable and did not listen to a thing anyone of us adults said. I knew that it wouldn't be the easiest time of the day to ask the boys to cooperate. As Crystal was getting Nathan out of the truck, I saw that he was asleep on her shoulder. However, just like the rest of the day, the guys came through and were great.
Thanks Logan, Nathan, and Lucas. You made our Sunday special and I think you have provided your parents with some especially special photographs.
Until next time...